The year-based event is a forum for open debate of ideas and proposals coming from various research fields as diverse as philosophy, law, computer science, biology, sociology, history or economics, fostering cross-border collaboration between academia and public, private and nongovernmental sectors.

Given the complex nature of responsibility, with its retrospective and prospective dimensions, situated at the intersection of causal, agential, role-based duties and social, moral, legal contexts, the RMWS aims to bring together various pieces of the puzzle through interdisciplinary dialogue between cutting-edge reasarch and practice.

The 2021 debut edition of the Responsibility Matters Workshop Series focuses on Artificial Intelligence and moral responsibility. We are technically on the verge of deploying self-driving cars, autonomous weapon systems, robotic caregivers or artificial companions.

But the perspective of scaling up such AI systems raises several ethical concerns. Who is morally responsible for the decisions taken by highly autonomous AI systems in these various domains? Whom do we blame for the effects generated by these artificial entities on the roads, in military conflicts, medical settings or even in our homes?

Where: online, via Zoom platform 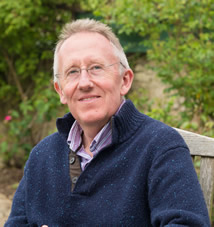 Roger Crisp is Uehiro Fellow and Tutor in Philosophy, at St Anne’s College, Oxford, Professor of Moral Philosophy at the University of Oxford, and Honorary Professor at the Dianoia Institute of Philosophy at the Australian Catholic University. He is the author of Mill on Utilitarianism (1997), Reasons and the Good (2006), The Cosmos of Duty: Henry’s Sidgwick’s Methods of Ethics (2015), and Sacrifice Regained: Morality and Self-interest in the British Moralists from Hobbes to Bentham (2019). He has translated Aristotle’s Nicomachean Ethics for Cambridge University Press, and edited the Oxford Handbook of the History of Ethics. 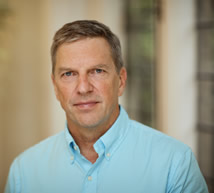 Julian Savulescu is an award-winning ethicist and moral philosopher. Trained in neuroscience, medicine, and philosophy, he has held the Uehiro Chair in Practical Ethics at the University of Oxford since 2002. In 2003, he founded the Oxford Uehiro Centre for Practical Ethics and co-directs the Wellcome Centre for Ethics and Humanities. He is Distinguished Visiting Professorial Fellow at Murdoch Children’s Research institute and Melbourne Law School, where he directs the Biomedical Ethics Research Group. He is a Fellow of the Australian Academy of Health and Medical Sciences and received an honorary doctorate from the University of Bucharest.

Andreas Theodorou is a Research Fellow of Responsible 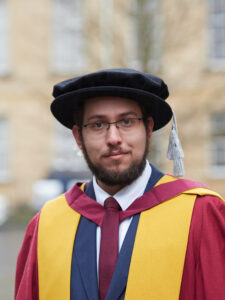 Artificial Intelligence (AI) at  Umeå University and the CEO of the start-up VeRAI AB. His research focuses on the understanding and mitigation of the ethical, legal, and cultural issues and challenges that arise from integrating AI into our societies. In parallel to his research, Andreas is an active member of various AI policy initiatives. He has held teaching, research, and visiting research positions at the University of Bath, University of Surrey, and Georgia Institute of Technology. He completed his doctoral thesis, titled “AI Governance Through a Transparency Lens”, in Bryson’s group at the University of Bath. 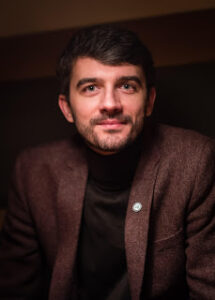 Emilian Mihailov is the director of the Research Centre in Applied Ethics (CCEA) and lecturer at the Faculty of Philosophy, University of Bucharest. His research interests are neuroethics, bioethics, and philosophical moral psychology. He has published on the ethics of enhancement and experimental bioethics in leading journals such as American Journal of Bioethics, Science and Engineering Ethics, Bioethics, Consciousness &amp; Cognition. Emilian is the director of the ENHATEC project. His main objective will be to explore the ethical issues raised by the technology of gene editing and how moral enhancement can address the existential threat of climate change.